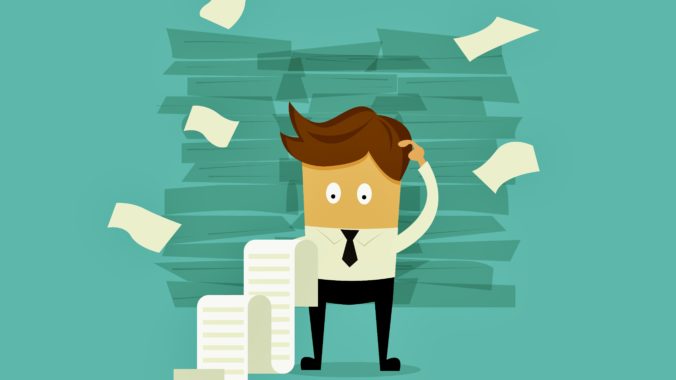 Why is Congressional legislation since the 1980s so lengthy and complex?  Can this and should it be addressed as a problem or is it simply the product of our modern economic and political world?  Those are the questions to be addressed in this essay.  They are not however idle questions.  It does make a difference when modern legislation is so long and sometimes extremely complex and vague, to the citizen who wishes to comply with it but cannot understand it, or to the courts who must interpret it.  Not only that, but when legislation becomes so intricate, this gives the administrative agencies charged with implementing it through regulations and adjudication much more discretion and power than a constitutional system would envision.

To begin, what has happened to Congressional legislation in the last 30-40 years?  It has become both more comprehensive and lengthier, to put it simply.  To give a few recent examples, the Affordable Care Act of 2010 ran to over 2,500 pages in its final draft.  The Dodd-Frank bill was over 1,800 pages in length.  It is not uncommon to see legislation run at least 800 pages and often over 1,000 pages.  In contrast, the 1913 personal income tax bill was 14 pages long.  The original Environmental Protection Act of 1970 ran to four pages.  Before the end of the nineteenth century in fact, even the quantity of laws was comparatively sparse, as government intervened much less in the economic and social arenas of life.

Now we ask why the length of legislation has evolved this way.  Explanations vary.  Some say that in general society and its problems are simply much more complex than before.  Others argue that at their root, the problems are not more complex, but rather Congress is passing more comprehensive and complex legislation in keeping with the gradual shift from classical liberalism to Progressivism or modern liberalism.  In one sense, of course our Western civilization has grown more complex.  Technology has evolved tremendously, markets are globalized, and government has intruded into our lives at nearly every point.  However, do those shifts explain changes in Congressional legislation?  To ask the question another way, even though we have seen certain changes, have the basic solutions to the problems arising from those changes themselves changed?  Moreover, have areas of life that were once not considered ripe for interference by government now suddenly become areas for such intervention, even though the nature of the problems (though not the extent) has not changed?

No doubt, technological and economic changes have made even necessary legislation more complex and therefore lengthier. But let’s explore the ideological shift as a causal factor.  As I said, laws before the Progressive Era began (c. 1880) were generally much less frequent and shorter.  Very simply, government did less, and that fact was not due simply to less developed technology or a less globalized economy.  It was in great part due to a commitment to “constitutional principles” of the Founding era, which themselves were rooted in the twin ideas of limited government and free markets.  It stands to reason that legislation then did not need to be complex or extended.  It could remain relatively simple and, as thinkers such as John Locke and others advocated, clear and understandable to those whom it would affect.  During and especially after the Progressive Era (ending c. 1925) Congressional legislation entered a period of still relative brevity until around 1935-1937, when the New Deal gained significant traction after the United States Supreme Court essentially “opened the flood gates” of legislation by refusing to strike down as unconstitutional what Congress has passed.  We can mark that point roughly as the beginning of much more frequent, intrusive and complex laws.

World War II continued the trend and the post-War era saw little slowdown in legislation, though it did witness the rescinding of some of the more onerous tax laws.  Lyndon Johnson’s “Great Society” reinforced the New Deal and expanded welfare programs massively.  As more legislation was churned out by Congress, the liberal-Progressive ideological mentality paralleled it.  More issues became the focus of legislation, even those previously believed to be off limits to the state.  Many or at least more of those issues were of the kinds that seemed to beg for detailed law making.  In fact in some cases accounting for every possible detail of any object of legislation became the dominant approach.  This was exacerbated by the tendency of members of Congress to insist that their own local or personal interests be accounted for in bills.  Moreover, experts and lobbyists also increasingly were part of the legislative process, and also insisted on their own priorities.  Little effort was made and little incentive existed to cut back on the length and complexity of bills.  Why not satisfy all parties after all and better guarantee passage?  The result is what we see today.

I argue that nearly all of this outcome is due to the gradual but unmistakable ideological shift from classical liberalism/modern conservatism to Progressivism/modern liberalism, even among Republicans.  Bills are now in many cases nearly incomprehensible, full of references to other legislation, ambiguous terms, convoluted legal language and delegation of authority to administrative agencies to issue regulations to carry out the already expansive laws (e. g., the Affordable Care Act contains about 17,000 pages of regulations).  Congress does not possess the political will to reduce this expansion of law.  Nor does it show signs of any desire to simplify laws to make them clearer.  In the meantime, every new law, particularly those dealing with large “chunks” of the economy is destined to be huge and vague.  The solution is obvious: reduce the power or scope of government to its previous constitutional limits.  This may only be possible through either the courts or constitutional amendment.

History And Purpose Of Rules In The United States House Of Representatives And...

Germane – What Should And Should Not Be Placed In A Bill To Keep Legislation...
Scroll to top