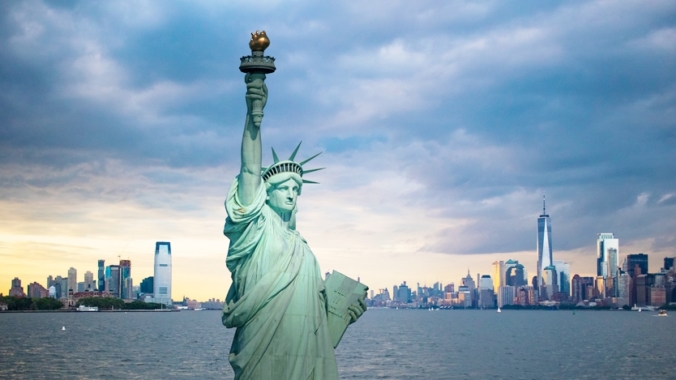 The framers believed that by protecting the pre-existing structure of state governments the Constitution could safely grant power to the national government, since the former would independently monitor the latter’s exercise of power.  Similar to the way in which the colonial governments had mobilized opposition to oppressive acts by Parliament, the state governments would serve as vigilant watchdogs against abuses committed by the federal government.

The doctrine of federalism refers to the sharing of power between two different levels of government, each representing the same people.  The founding generation was so committed to federalism that even a nationalist like Justice Marshall acknowledged in McCulloch v. Maryland that the national government was “one of enumerated powers” and could “exercise only the powers granted to it.”  Indeed, federalism concerns were so important to the Founders that nearly all the arguments opposing the new constitution involved the threat to state sovereignty.

Although there is no single ‘federalism’ clause in the Constitution, the Tenth and Eleventh Amendments are often the focus of the Court’s federalism decisions.  In the constitutional scheme, federalism provides an avenue for local self-determination, in addition to a vertical check on government oppression, with the states serving as a localized control on the centralized national government.  Under the framers’ view of federalism, as expressed in the Tenth Amendment, the national government would exert supreme authority only within the limited scope of its enumerated powers; the states meanwhile would exercise the remainder of sovereign authority, subject to the restraint of interstate competition from other states.

Because the framers took for granted the sovereign powers of the states, the Constitution is somewhat one-sided in its references to governmental authority.  It explicitly lists the powers of the federal government; but to the extent it defines state powers, it does so primarily through negative implication, by setting out the limited constraints on those powers.  Furthermore, the Tenth Amendment, though not granting power to any governmental entity, recognizes that any and all powers not granted to the federal government have been reserved to the states.

The year 1937 is seen as a transformational year in the Court’s approach to the exertion of national power; in that year, President Roosevelt sent to Congress a bill that would authorize him to appoint one new Supreme Court justice for each sitting justice who had served ten years or more and had not retired within six months after his seventieth birthday.  Under this ‘court-packing’ plan, the number of Supreme Court justices was to be raised to fifteen.  Whether the Court was influenced by this bill and its likely passage cannot be known for sure; but shortly thereafter, the Court began upholding New Deal legislation of the kind that had previously been struck down.  Initiating a new era of constitutional interpretation, the Supreme Court endorsed a permanent enlargement in the scope of federal power, at the expense of the states.  Under this relaxed posture toward congressional power, the Court would later uphold a wide range of statutes over the next fifty years, including purely local incidents of loan sharking.

After almost sixty years of dormancy, federalism made a constitutional comeback in the 1990s.  In its federalism revolution, the Rehnquist Court reinvigorated the doctrine of federalism and restored power to the states.  Under the Court, there occurred a slow but steady trend towards curbing the power of the federal government and using the Tenth Amendment to safeguard the states from overreaching by the federal government.

This revival of federalism, one of the country’s most basic constitutional arrangements, became the hallmark identity and achievement of the Rehnquist Court.  And this federalism revolution, which fostered a new respect for the sovereignty of the states, also revived the Tenth Amendment as a limit on congressional power.

The Tenth Amendment continues to be a constitutional force and was instrumental in National Federation of Independent Business v. Sebelius (2012), the Supreme Court’s noteworthy decision on the Affordable Care Act preserving state autonomy.

Federalism and the Tenth Amendment: The Buttress of Our Republic – Guest Essayist:...
Scroll to top