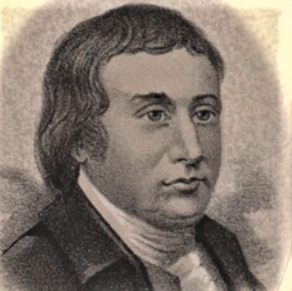 Josiah Bartlett was born in Amesbury, Massachusetts, but he studied medicine and began practicing in New Hampshire. He could be a bit unconventional for his time. On several occasions, for instance, he bucked the system of treating certain fevers by bleeding patients. Instead, he used cooling liquids.

Perhaps you won’t be surprised to hear that his methods often worked better than those of his contemporaries? Bartlett’s practice thrived, and he was well-respected in his community.

As tensions with England began to rise, Bartlett was elected to New Hampshire’s legislature. He was serving as a member of that body during the Stamp Act controversy. One early historian notes that the Royal Governor attempted to bribe Bartlett into siding with the Crown, but Bartlett “rejected every overture.”

Indeed, Bartlett would serve the Patriot cause for years. In many ways, Bartlett’s service represents the kind of quiet, behind-the-scenes work that was so critical during our Revolution. These humble jobs don’t make for snazzy stories in history textbooks—yet where would we be without men such as these?

Bartlett was soon a leading member of the local Committee of Safety and a member of the state’s Provincial Congress. He was chosen to represent New Hampshire in the first Continental Congress, but he was prevented from attending when Loyalists burned down his home. Bartlett was chosen as a delegate again in 1775 and in 1776. On the latter occasion, he voted in favor of the Declaration of Independence.

He was the second person to sign that document, immediately after John Hancock.

Bartlett continued to serve the Patriot effort in many ways afterward. He still served in Congress, and he was a member of the committee that drafted the Articles of Confederation. He provided medical assistance to New Hampshire troops under General John Stark. These men won an important victory at the Battle of Bennington. Bartlett later became a judge and a Chief Justice on the New Hampshire Superior Court. He served as a delegate to the New Hampshire state ratifying convention as the Constitution was being considered, and he advocated for its adoption. He was later elected as the chief executive of New Hampshire.

When he retired in 1794, he sent a message to the Legislature expressing his “grateful sense of the repeated marks of trust and confidence that my fellow-citizens have reposed in me.”

He died a little over a year later, having spent most of his adult life in public service.

Excerpt originally published in its entirety at: https://www.taraross.com/post/tdih-josiah-bartlett-signer, used with permission.

The Drafting Committee of Five, and 56 Signers of the Declaration of Indepe...

William Whipple of New Hampshire: Ship Captain, and Signer of the Declaration...
Scroll to top