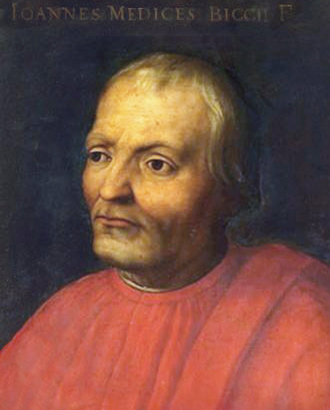 As Professor Joerg Knipprath notes, Webster defines Machiavellian as a term often used to describe someone who employs cunning, duplicity, or bad faith tactics to get what he wants. Synonyms include cutthroat, immoral, unconscionable, unethical, unprincipled, unscrupulous.

Only 250 years before the rise of revolutionary fever in the American colonies, Machiavelli’s observations on political power were published.  Those observations were more a description of how government worked at the time he wrote than a prescription of how government should work.  Government in the British colonies in the 18th century, in many ways, looked too Machiavellian to our Founding Fathers and influenced their decisions about how to form a new government, more specifically how to minimize human nature’s inclinations for control and power by those to be trusted as America’s future political leaders. Machiavelli’s tenure in political office in the Republic of Florence was sandwiched between the long Medici reign before its overthrow and the Medici restoration, with the aid of Papal troops, less than 20 years later.

In the turmoil of those years, Machiavelli saw that raw power determines who rules; natural law, religious faith and morality were irrelevant to rule and therefore, a secular government was more the norm. Preserving the state, not protection of individual rights by the state, was the objective of government; and whatever force was necessary to preserve the state, provide security for its citizens, and stability was acceptable. Machiavelli is considered by many today as the father of political science, generations before the term “political science” came into common usage.

Considerable discussion occurred during and after the 1787 Constitutional Convention between those arguing for and against a strong, energetic President. This was understandable in light of the recently concluded war of independence from a perceived strong British ruler whose “long train of abuses and usurpations” were listed in the Declaration of Independence.

In Anti-federalist 70, the author, arguing against a strong and energetic executive says, “In the first place the office of President of the United States appears to me to be clothed with such powers as are dangerous.”  He then adds, “So far is it from its being improbable that the man who shall hereafter be in a situation to make the attempt to perpetuate his own power, should want the virtues of General Washington, that it is perhaps a chance of one hundred millions to one that the next age will not furnish an example of so disinterested a use of great power.”  Although Washington was not yet in office as President, the author recognized that Washington would probably be elected President if the Constitution were ratified, but that subsequent Presidents, lacking the moral and civic virtues of Washington, may hunger for unlimited power and become the despot that all feared. The author went on to say that, “If we are not prepared to receive a king, let us call another convention to revise the proposed constitution, and form it anew on the principles of a confederacy of free republics.”

In Anti-federalist 71, the author says that “the best security for liberty was a limited duration, and a rotation of office, in the chief executive department.”  And, in Anti-federalist 72, arguing against unlimited reelections of a President, “Upon his being invested with those powers a second or third time, he may acquire such enormous influence and, haughtily and contemptuously, turn our poor lower house (the only shadow of liberty we shall have left) out of doors, and give us law at the bayonet’s point. We seem to be fast gliding away; and the moment we arrive at it — farewell liberty.” The Anti-federalists’ knowledge of the history of ancient governments reflected their concerns that political offices in the proposed Republic didn’t have more stringent restrictions on the ability of those elected to federal office to be reelected. Where restrictions were in place, the risk of despots holding office was reduced and where such restrictions were not in place, authoritarian government often grew.

The Federalists, on the other hand, took pains to illustrate that the checks and balances and separation of powers in the proposed Constitution would slow down the enactment of laws with extensive debate and thereby check the authoritarian impulses of the various branches. In modern terms, days, weeks, and months of debate were preferred to the ability of a President to use his phone and pen to enact new law rapidly.  They also believed that the two, four, and six-year terms of office in the Legislative and Executive branches were long enough to enable the occupants of those offices to have a positive impact on the exercise of their enumerated powers, yet short enough to allow citizens to turn them out of office when their Machiavellian methods and authoritarian impulses, to override the will of the people, became too strong.

In Federalist 51, Madison states that, “In republican government, the legislative authority necessarily predominates.” Therefore, to avoid a legislative branch aggrandizing its power at the expense of the executive branch, the Founders believed that care must be taken in constructing the government to grant powers to the President to check legislative overreach. Also, they recognized that a legislature which knew that the President who, after his four-year term ended could not be reelected, could wait out a President whom the legislature deemed too willing to check their power and hope that the next occupant of the executive branch would be less willing to check the legislative powers with a veto.  Over a period of time, patience by the legislature would enable them to accrue significant power. Therefore, the Founders decided that a President would not be forced to vacate his office, but could be reelected if the citizens so decided.

In Federalist 71, Hamilton discusses the advantages and disadvantages of a term of four years for the President. He says, “a duration of four years will contribute to the firmness of the executive but not long enough to justify any alarm for the public liberty.” In Federalist 72, Hamilton argues that a President shouldn’t be limited to only one four-year term, stating that there is a connection between “the duration of the executive magistrate in office and the stability of the system of administration.” This is easily observed in recent years as the Executive Orders of a prior President are frequently reversed immediately open the ascension to office of a new President, especially when a sitting President is defeated after his first term of office. Businesses that don’t know if a President’s Executive Orders will stand in the next administration are not willing to make long-term investments to grow their businesses.

In Federalist 23, Hamilton discusses the problems encountered during the fighting of the War under a Confederation form of government. He states the difficulty of requisitioning troops, supplies, and money to fight the war and of keeping morale high in the military ranks under such conditions. Hamilton says, of the country, “the Union ought to be invested with full power to levy troops; to build and equip fleets; and to raise the revenues which will be required for the formation and support of an army and navy, in the customary and ordinary modes practiced in other governments.” The President, as Commander in Chief, also must know that he has the authority to effectively lead the nation in time of war.

The Founders’ knowledge of the successes and failures of all types of government was deep; Machiavelli’s observations of what government transitions normally looked like provided an important, more recent, reminder of how quickly a Republic can fail internally if its government is not well constructed at birth and externally when confronted by powerful, amoral governments, led by autocrats’ intent on seizing and holding power.

The 1579 Netherlands Constitution and the Founders’ Vision for Careful Balance...